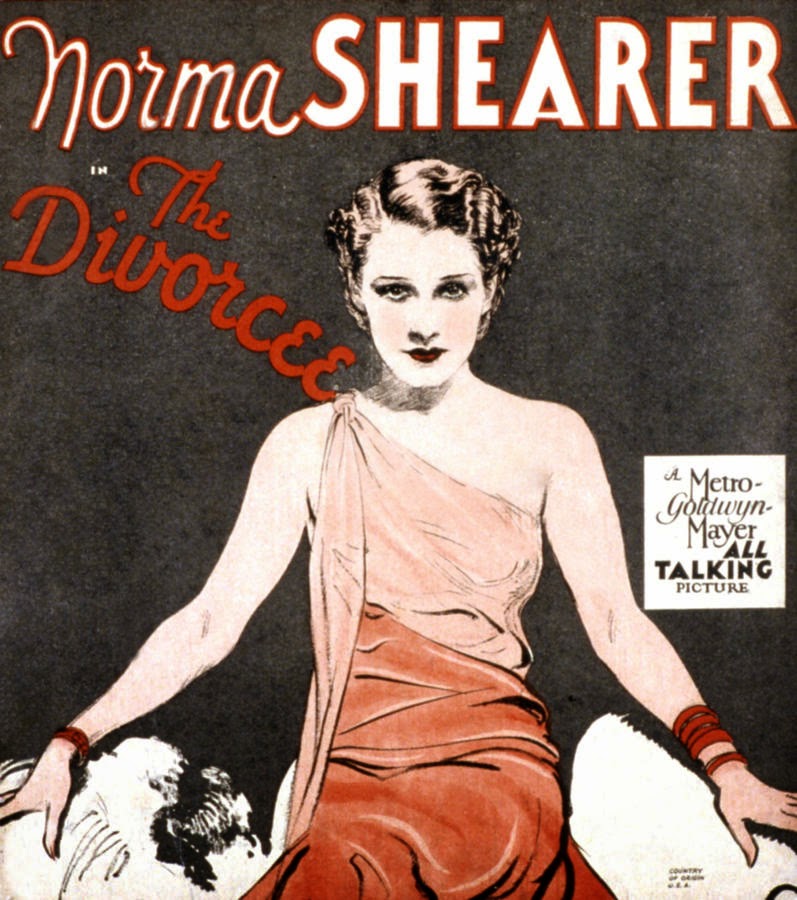 The film opens with Jerry (Shearer) getting engaged to Ted, played by Chester Morris. Her other two suitors, Paul (Conrad Nagel) and Don (a young Robert Montgomery), are disappointed by her choice. In fact, Paul is so distraught that he gets drunk and then tries to drive a carload of his friends back to New York, including Dorothy (Judith Wood aka Helen Johnson). When he gets into an accident that permanently disfigures Dorothy, Paul feels compelled to marry her, casting a bit of a pall on Jerry and Ted's own wedding.

On their third anniversary, Jerry discovers that Ted has been unfaithful to her. When she confronts him, he assures her that “it doesn’t mean a thing” and she should “snap out of it.” After Ted leaves for a trip to Chicago, Jerry decides to take the “man’s point of view” as Ted advised and sleeps with Don. When Ted arrives home, remorseful and expecting all to be forgiven, Jerry announces, “I’ve balanced our accounts.”

Unsurprisingly, Ted is horrified – it doesn’t mean a thing when he sleeps with someone else, but it’s an unforgivable sin when Jerry imitates his behavior. After a drunken Ted makes a scene at their friends' wedding reception, Jerry returns to their apartment to find him packing. She is remorseful for having hurt him, but Ted is adamant – he’s leaving her and seeking a divorce. Jerry realizes that it’s his pride that’s hurt and denounces him and his double standard:


Once divorced, Jerry dates other men while Ted sinks deeper into alcohol, spending most of his days permanently drunk. But Jerry still loves Ted and doesn’t surrender to another man until a chance encounter with Paul, who is still unhappily married to Dorothy. Jerry agrees to go off with Paul for a tryst on his sailboat, and they return to New York planning to marry as soon as Paul divorces Dorothy. But when Dorothy comes to Jerry’s apartment to plead with her to let Paul go, Jerry realizes how much Dorothy loves the indifferent Paul … which makes Jerry realize how much she still loves Ted despite his weaknesses. Since Jerry has been offered a job in London, she accepts it and then travels several times to Paris to track down Ted. She finally does on New Year’s Eve and Ted realizes that he still loves her and – more importantly – that they can start a new life in London away from the prying eyes and whispered gossip of their friends. A happy ending ensues. 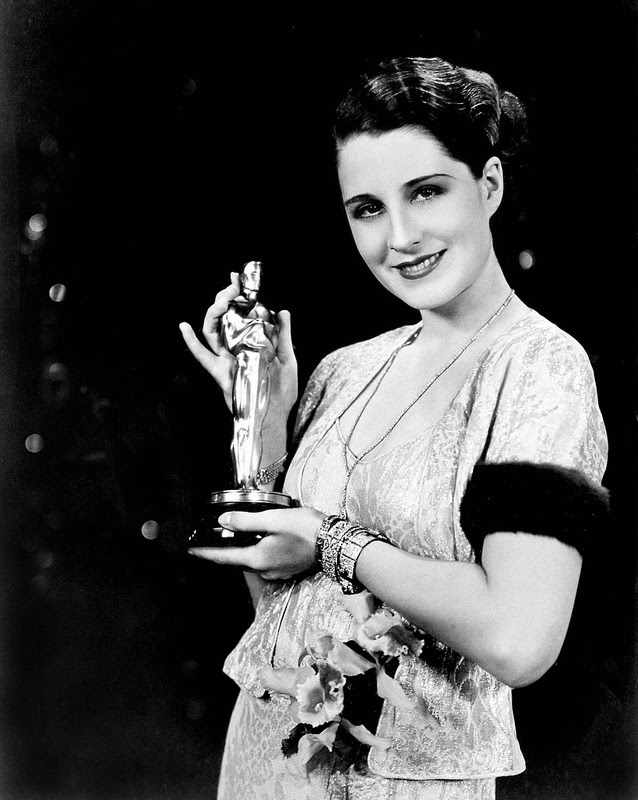 Shearer won an Academy Award for her performance as Jerry. That performance can seem a bit old-fashioned to us today, especially when Shearer falls back on her silent movie mannerisms, like constantly turning to the camera so the audience can see her face more clearly. The acting from all of the characters is more melodramatic and mannered than modern audiences expect – it was, after all, 1930, less than a year after talking pictures came into vogue.

But don’t let the “old-fashioned” acting and technical aspects mislead you – this is a thoroughly modern story about the double standard and whether women should have the same freedoms as men. And, as you would expect from a Pre-Code film, the answer is, “Yes, they should.”

The clear catalyst of Jerry and Ted’s marital problems is Ted’s casual attitude towards infidelity, at least for himself. Jerry’s retaliation puts him into the same position that he forced her into, of wondering which of their friends know about the infidelity and whether or not they’re laughing at him behind his back.

Ted is much more emotionally fragile than the resilient Jerry – while Jerry moves on with her life, dating other men, advancing in her career, and making plans to marry Paul, Ted remains stuck on Jerry but unable to get past her infidelity because of what he thinks other people are saying about him. Even after the divorce is finalized, he tells Don that he wants to kill the man Jerry cheated with, which leads Don to make a comically hasty exit. Ted had put Jerry on a pedestal as “the most decent thing in the world” and it’s a hard fall for him when he discovers that Jerry is just as human as he is.

The film allows Ted’s pride to be healed with the device of Jerry taking a job in London, which means they will be able to rebuild their relationship away from the people who know about her infidelity. Even to the end, Jerry never reveals that Don was her partner in adultery because she doesn’t want to ruin Ted and Don’s friendship, making Jerry more honorable than the men who surround her (remember, Don is the one who brought Ted's mistress to Ted and Jerry's anniversary party!)

Also notice what’s missing from the film that would have been required under the Production Code. Jerry is not punished for her actions – which include two acts of adultery, since Paul is still married when they get together – and ends up living happily ever after in London, her marriage repaired. She is not required to sacrifice anything for the happy ending – in fact, the job in London is a step up for her career. In modern terms, we can worry that Ted has become an alcoholic, but in 1930s terms, he was only drinking too much because he missed Jerry, and all will be well now that they’re back together. There are a few exclusively Pre-Code touches as well, like the skinny-dipping little boy who is trapped in the creek by Ted’s lengthy marriage proposal to Jerry and demands that Ted hurry up so the boy can get out of the water.

In the end, Jerry lives her life on her own terms (“like a man,” as she and other characters put it) and is rewarded with a better job and reuniting with the man she loves. She doesn’t have to choose work over love – she can have both. That’s a radical choice that would not be allowed only five years later in pictures like The FlameWithin, where top psychiatrist Ann Harding agrees to marry Herbert Marshall in a “happy ending" that requires her to give up the medical practice that she loves. After the Code came in, women could no longer be allowed to make mistakes, work through problems, and maintain both a career and a marriage like Jerry does. For women characters in the Production Code era, it was an either/or – work or marriage, pick one, and picking work is always the wrong answer. Not so in the Pre-Code era, especially when the woman in question was played by "Queen Norma." 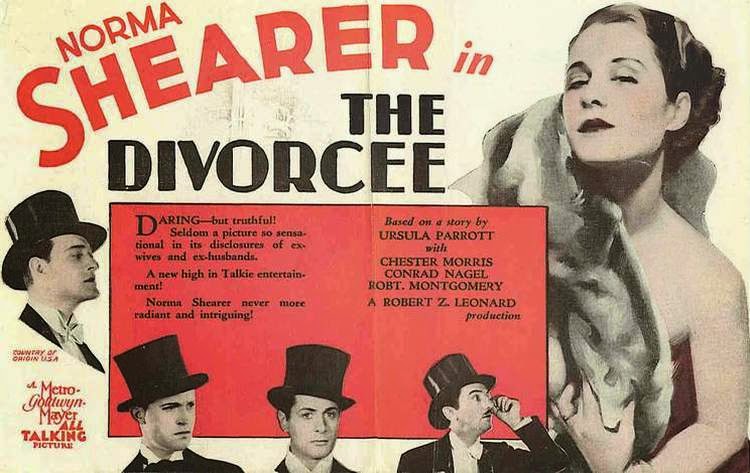 Posted by Mnemosyne at 5:40 PM